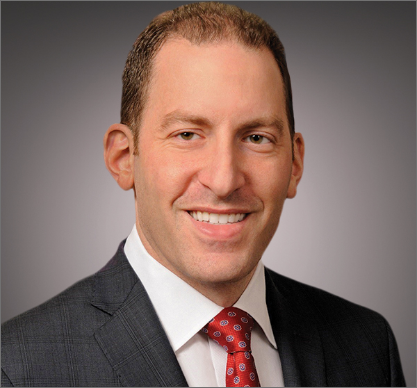 Dan Schorr is a former criminal prosecutor and municipal inspector general with more than 20 years of legal and investigative experience. He manages a variety of complex assignments, including investigations into sexual misconduct, Civil Rights, and fraud allegations at educational institutions, corporations, and government entities. In addition to specializing in Title IX investigations, Dan assists higher education and K-12 schools by conducting policy and program reviews, training personnel on all aspects of Title IX and Civil Rights compliance, and serving in hearing officer and decision maker roles. Dan is a pre-approved Sexual Misconduct Investigator for the United Educators ProResponse Expert Services Benefit.

Before founding Dan Schorr LLC, Dan was a managing director at Ankura and Kroll, overseeing a broad range of international investigations and monitorships. He previously served as inspector general for the city of Yonkers, NY, supervising a staff of investigators responsible for fostering efficient and effective government through audits, investigations, and policy recommendations to the city council and the mayor. In that position, Dan oversaw major investigations into such issues as integrity monitoring, overtime costs, vendor accountability, consolidation, and cost-saving initiatives.

Dan began his legal career as an assistant district attorney, specializing in the investigation and prosecution of sex crimes, domestic violence, child abuse, and homicides. He also served as a vice president in the law division at Morgan Stanley, where he conducted internal fraud investigations. He has appeared as a commentator on legal issues for television news programs on ABC, Fox News, CNN, Law and Crime Network, the BBC, and elsewhere.

Dan is also an adjunct professor at the Fordham University School of Law in New York, teaching Special Victims: Domestic Violence and Sex Crimes. Through a grant from the US Department of State’s Bureau of Democracy, Human Rights, and Labor, he previously taught Chinese judges and lawyers about the US criminal justice system at Tsinghua University in Beijing.

Dan earned his J.D. from Harvard Law School, and M.A. and B.A. degrees in English from the University of Pennsylvania. He is the author of Final Table: A Novel, which was published in 2021.

Allegations of sexual misconduct and discrimination can have serious and long-lasting implications for the individuals and organizations involved. Failure to diligently investigate such reports can impact an organization’s reputation for many years. Our investigations navigate and address the sensitive issues of physical and mental health, privacy, rights of the complainant and the accused, retaliation, and civil and criminal liability.

Dan Schorr, LLC’s professionals conduct prompt and thorough misconduct investigations that seek to determine credibility, develop relevant facts, and reach findings with independence and objectivity. Whether in response to specific allegations or as part of an organizational climate investigation, we interview relevant witnesses and examine written statements, email, text messages, social media, digital forensic data, medical records, and other evidence. We then deliver a clear and comprehensive report of our findings and recommendations.

Our experts utilize their extensive hearing and trial experience to ensure fair, reliable, and comprehensive proceedings for all types of misconduct matters. Title IX hearings under the new Department of Education regulations are complex and high-pressure for all involved. They require a hearing chair who is intimately familiar with relevant Title IX law and campus policy, is an expert in evidentiary rules, and is able to successfully oversee hearings with the appropriate temperament.

Dan Schorr, LLC provides skilled Title IX professionals to serve as single-person decision makers, three-person hearing panels, or hearing chairs that serve with a client’s internal panelists.  Prior to the hearing, we review client policies and procedures, examine the investigation report, and lead pre-hearing conferences with the parties, advisors, Title IX coordinator, legal counsel, and any other relevant individuals. We then manage all questioning and evidentiary rulings at the hearing, conduct panel deliberation, reach a finding utilizing the applicable standard of proof, and write a substantive, evidence and policy-based notice of determination, including recommended sanctions and remedies.

With law, policy, and perceptions about identity-based misconduct rapidly evolving, it is essential that your community understand the most up-to-date Title IX and Civil Rights requirements, best practices, and nuances of this challenging area.

Dan Schorr, LLC provides expert training for investigators, decision makers, hearing officers, and advisors, as well as preventive and responsive trainings on misconduct, harmful behavior, and bias for community members. Our professionals conduct tailored training sessions incorporating specific institutional policies, relevant federal and local law, and interactive discussions and exercises focused on the audience’s needs. We leverage our decades of experience as professionals in Title IX and Civil Rights and as educators to create engaging, memorable, and useful learning opportunities for your community.

In today’s climate of changing regulations and increased public scrutiny, it is imperative to ensure that your organization’s Title IX and anti-discrimination policies and procedures are compliant with relevant laws and best practices.

Dan Schorr, LLC offers policy and program reviews to assess whether existing or proposed policies and procedures are appropriately designed and implemented to protect your community and your organization. Our professionals have expertise in understanding and applying federal and local law, as well as the nuances of current conversations about identity and bias. We assist institutions of higher education, K-12 schools, companies, non-profits, and governmental bodies throughout the U.S., and we deliver guidance and analysis based on a comprehensive understanding of what makes a policy or program effective both generally and for your unique community.

Maintaining an experienced, dedicated presence in Title IX and misconduct response positions during temporary leave periods or after unexpected departures is essential for ensuring a seamless continuation of any organization’s compliance with law and policy, as well as maintaining a culture focused on equity, inclusion, and employee and student development. Interim personnel with a deep understanding of relevant subject matter and best practices are necessary to provide optimum continuity for managing misconduct investigations and adjudications, fostering campus-wide collaboration, leading individual and group training, and maintaining positive relationships with employees, staff, and students.

Our experts are trained and ready to fill in as interim Title IX coordinators, deputy coordinators, internal investigators, hearing officers, and other roles to keep your organization functioning successfully. We have extensive experience coordinating and leading complex investigations at educational institutions nationwide regarding allegations involving students, faculty, staff, and administrators. In addition, we regularly provide expert consultation incorporating the latest developments in law, policy, and best practices. We are prepared to utilize this experience to ensure steady, reliable, and nuanced interim leadership and assistance.

Effective Title IX hearings require effective party advisors. Advisors must be ready to provide policy and process guidance, navigate access to institution resources, advocate on behalf of their advisees, cross-examine parties and witnesses at hearings, and support advisees throughout this difficult process. Dan Schorr, LLC offers advisors to be chosen or assigned at any stage of the complaint, investigation, or hearing process. We prioritize the needs and well-being of advisees, acting as support while providing expert assistance necessary to ensure a level playing field and due process. Our advisors are trained in the nuances of the Title IX process and experienced in courtroom cross-examination, bringing to the role an appreciation for universal best practices in advocacy as well as the differences between the courtroom and the Title IX hearing.

Send us a message